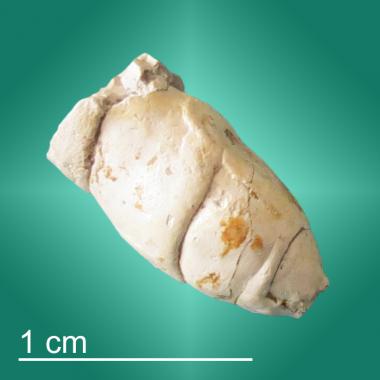 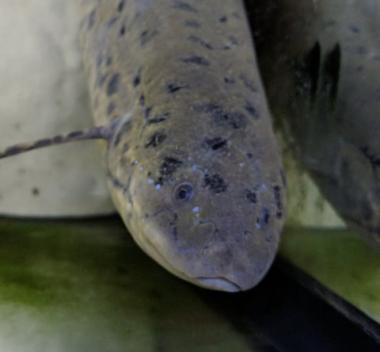 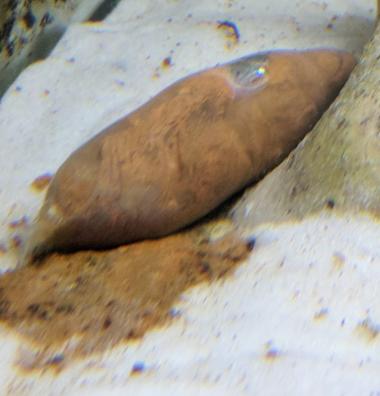 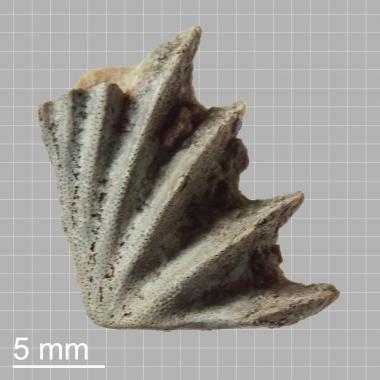 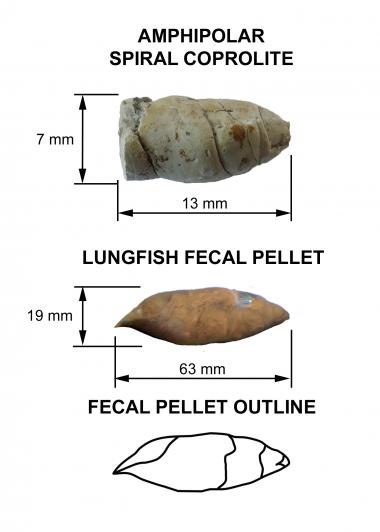 The spiral structure of this coprolite is beautifully preserved. Although it is impossible to definitively identify what species of fish produced this little sphincter sculpture, we do know that modern lungfish produce similar spiral pellets and there fossilized tooth plates are found in this same area.

So let's do a little comparative science.  The handsome fellow in the photo is Boris. He is West African Lungfish (Protopterus annectens annectens). His human, James Ghawaly, was kind enough to take photos of his finned friend and tell me a little about Boris and his poo. Boris was only six inches long when he went to live with Mr. Ghawaly. One year, three months and eighteen days later, he grew to the a length of about eighteen and a half inches in length with a girth of two to three inches, and he produced this poo. Boris enjoys a diet of pellets containing krill, fish and veggies. Because of his slow metabolism, he only eats 6 pellets every other day. If water plants are placed in his tank, he gobbles them up in short order. He uses the tooth plates in his mouth to crush/chew his food before swallowing.

Boris only poops about once a week. Rather than intestines like we have, his food passes through what is known as a spiral valve. His poop looks like a ribbon wound around itself that is incased in a thin mucous membrane for easy ejection. After just a couple of hours, as the membrane dissolves in the water, the poop loses its form by uncoiling and falling apart. When Boris' human tried to remove the poo in the picture, it fell apart.

So what can we learn from this?  In order to fossilize with intact spiral structure, it had to have been covered but not compressed relatively quickly after it was produced. Perhaps in a thick, gelatinous mud. Since the coprolite here was passed in a floodplain, calm, slowly receding mucky waters likely provided just the right environment. It could also mean that perhaps this specimen is a cololite rather than a coprolite. Like sharks, lungfish are cartilaginous. Usually the only part of their body that survives fossilization is their tooth plates. Because they were meat-eaters, it's possible that, under the right conditions, their spiral valve with its contents would also fossilize better thant the rest of its body.

To see another potential lungfish coprolite take a look at Lungfish Poo Fish or a New Fish?